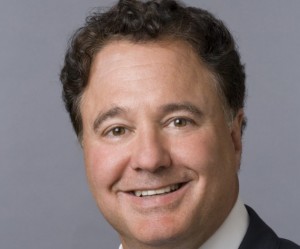 It should by now be apparent to all that “wise use of taxpayer funds” is the first principle of Governor Baker’s government reform. Don’t undertake an initiative if it wastes money; don’t do necessary state services incompetently; don’t expand a state agency that isn’t handling its current duties well.

This insistence on efficient, effective government, in both the execution and the planning stage, has radically recalibrated public policy assumptions even as it cancels, or delays, one project after another that can’t justify its budget.

Before, the assumption seemed to be “roll out the plan first, worry about paying for it later.” We now know the consequences. Governor Baker has put in place, in five short months, the exactly opposite assumption. We approve. So do the voters.

The consequences of this major shift show up all over both City and State. Most obvious is reform of the T, in which the principle of “reform first, then new revenue” is well on the way to enactment by the legislature. Clearly it was the T’s collapse that convinced voters to endorse the Baker Principle.

He has applied it to everything.

Many people were surprised that Baker decided to halt Massachusetts Department of Transportation’s move to new quarters on Tremont Street in Roxbury, yet that decision rests on the same Baker principle : get things right first before undertaking new ones. Reforming the MBTA’s operations matters more than moving its headquarters, so, reform the MBTA first. then, once that’s done, move the headquarters — maybe.

Governor Patrick had pushed the “DOT” move as a means to jump-start private investment in Roxbury — an agenda well worth achieving. Revival of Roxbury’s economy has moved ahead anyway, at a pace alarming to some, who see the neighborhood changing rapidly, becoming pricey and “gentrified.” As the only sure way to halt “gentrification” of a neighborhood is to make it less, not more, desirable to live in, those who oppose “gentrification” of Roxbury might have welcomed Baker’s move, were it as damaging to Roxbury prospects as Patrick claimed when touting the plan. Yet no such applause was heard. (NOTE : We shall see. This entire topic merits a separate op-ed, which Here and Sphere will publish at its Roxbury Here subsidiary.)

Baker has also established the axiom that state budgets should not incur deficits that have to be covered by borrowing. Hard decsions were made about funding for crucial state agencies : DCF, District attorneys’ offices, aid to early education, includiung grants. All of these programs have large constituencies; in the Patrick years, taxes would have been raised; yet the House, under Speaker DeLeo”s leadership, voted UNANIMOUSLY for Baker’s no new taxes budget.

The Baker Principle has changed the story also for the Boston Olympics bid. Opposition to the bid began with public school advocates, from both sides, the Teachers’ union and the so-called “Democrats for education reform,’ who normally oppose the Teachers Union. Why spend public money on a three week party, these folks said, when the same dollars could be allocated to schools ? It was a red herring question, because the money likely to be spent on Olympics structures wasn’t otherwise going to be spent at all; and this was seen or what it was, and the Olympics Bid went forward quite undeterred. Mayor Walsh decided to go all in, sending his top political people to the Olympics Bid staff. No sooner had he done so than support for the Bid collapsed, as the piublic began to see it as purely a haven for political typoes needing a cionsulting paycheck.

All of that was interesting to newsmakers such as me; but it also played into the Baker Principle, as the Bid Committee was seen to not have a land use plan free of embarrassing errors or t0o have a financial plan not grounded in wishes and hopes. Baker demanded a better plan, one that adheres to his Principle. He could do so, because the Bid Committee anticipates using public funds — a funding source it denied at first — and public funds are Baker’s territory. Period.

Baker has continued to demand a candid, defensile plan, even as the Bid Committee has restructured itself completely — including easing out its original chieftain, John Fish — and as it twists in the wind of its poor (even deceptive) prior planning.

Today, the Olympics Bid’s ordeal with the Baker Principle stands as the most vivid demonstration of why that Principle matters, and of its timeliness in a state where big plans are driving a booming economy of innovation. there’s hardly one voter constituency, other than the Building Trades Unions, that do not stand with Baker’s applying his Principle to the Olympics Bid; and support for applying his Principle to the MBTA — and all of state government — seems hardly less strong. It might even be stronger.

I’m not at all sure that the OLympics Bid Committee can come up with a plan that meets the Baker test. But they will have to, or else be defeated. Because the Baker Principle has taken deep root and now guides all of Massachusetts public policy — Roxbury dynamics and Olympics dreams included.