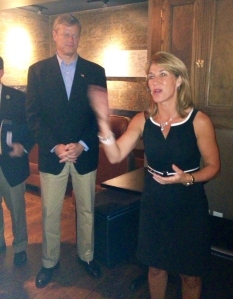 We’ve written, in previous op-eds, that there are actually two separate Republican parties in Massachusetts : the GovernorGOP and the “Grass Roots’ GOP. or the past 25 years or so, since the election of Bill Weld, the two GOPs have gone their separate ways. Not so yesterday. This time the two clashed, and in every case I am aware of, the GovernorGOP won.

The “GovernorGOP” is, as the name implies, dedicated to winning the Governorship. The “Grass Roots” GOP has contented itself, more or less, with winning the few state legislature districts where enrolled Republicans have sufficient numbers to carry the day. These different objectives have made the two GOPs opposites . The Governor GOP tailors its campaigns to the Massachusetts majority, which for at least 160 years has been progressive, even radical, a values-voter electorate optimistic and reformist. The “Grass Roots’ GOP, contrary, has become ever more pessimist, a party of rejection. It has contempt for Massachusetts majority sentiment, and the smaller the mass of Republicans in a “Grass Roots’ district, the more extreme the rejection. Today’s “Grass Roots’ GOP seems more interested in opposing a majority whose views it despises than seeking to win an election.

(Case in point : the only communities carried on September 9th by Mark Fisher, the rejection candidate for Governor were in the state’s far west, where these days statewide Democrats regularly win by 30 points, margins larger than almost anywhere else in the state.)

The divergence was but an annoyance until this year, when the Grass froots rejectionists captured the GOp state committee and proceeded to bulk arty platform with one rejection ater another. Nationwide, the Gop has seen the disastrous consequence of rejection and has begun to fight back, and to win, against the anti-everything GOP. The same fight was guaranteed to Massachusetts when, in several legislative districts, rejectionist candidates forced primary fights onto GovernorGOP types.

The rejectionists lost every single battle that I have tracked : 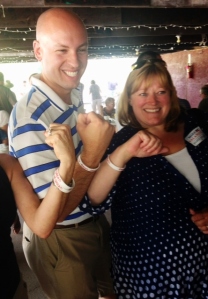 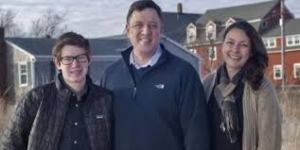 civil rights for all beats “gun rights” for the ego ; John Chapman carries the GOP’s founding message to a 2014 victoiy in the 9th Congress District’;s GOP primary

The 9th Congress District (in which Here and Spohere has its home, in New Bedford), there was a four way GOP primary between GovernorGOP John Chapman and no fewer than three rejectionidt candidates. Strongest of these was Mark W. Alliegro, a foursquare advocate of “gun rights” supported by the state’s biggest rejectionist organization, the so-called Massachusetts Republican Assembly. Chapman, who in 2013 was US Senate maverick Dan Winslow’s right hand man, won about 500 more votes than Alliegro and therein captured the Primary.

Biggest win of all was Charlie Baker’s. The governor candidate of the GovernorGOP smashed reectionist Mark Fisher by three to one.

It was not a good night for the Massachusetts Republican Assembly (which has no connection at all with the GOP state committee despite the name). It was a very good night for those GOP activists who believe that the party’s purpose is to win elections.

It seems odd that the big issue in a major party’s primary should be whether or not to win elections. But to not understand this is to misperceive the dynamics of a minority paty. The smaller a political party — and in masschusetts the GOP claims only about 12 percent of voters — the less it believes that it can win any elections of note and thus the more ready it is to surrender to rejecrionism. It’s a classic story of sour grapes.

Baker and his running mate Karyn Polito — who was once an ally of the rejectionists; today she is about as passionate at accepting as any candidate I know  — have pushed their campaign of positive reform and attention to state government’s social justice responsibilities physically into the state’s cities and adopted as their own the messages and needs of city voters, including voters of color and lifestyle difference. Some observers feared that by doing so, Baker and Polito would ‘alienate the base.’ Yet the oposite happened. Baker and Polito have managed to defeat “the base” and to substitute a new “base,” one that speaks their positivist language. The consequences can only be revolutionary for a GOP that badly needs to be overthrown.

Of course voting for candidates who want to win elections is only the irst step. Now these candidates have to actually go out nd win a few. If that doesn’t happen, rejection will surely make a comeback.