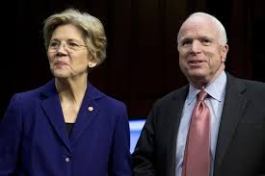 The 2014 mid-term elections are under way, and both parties are preparing a battle which won’t resemble that of 2012 much at all.

We’re moving into the post-Obama period. Agendas are advancing that the President either does not want or has little to do with. Even in foreign policy he doesn’t have his way undisputed : witness the Senate bill, presented by 13 members from each party, to toughen Iran sanctions if the recent Interim Agreement doesn’t lead to a permanent one. The bill’s point is hard to disagree with, but it’s hard to see how diplomacy is assisted by legislation that feels like interference.

I agree with the Wall Street Journal that the hiring of John Podesta as a Presidential adviser announces that Democrats will campaign 2014 as a “class warfare” election. But it’s difficult to see how that translates into support for Obama’s remaining initiatives : immigration reform, gun control legislation, tax reform. The “class warfare” cry seems geared to invigorating the Democratic party for 2016. Same is true of nominating Senator Max Baucus of Montana to be Ambassador to China. Baucus was up for re-election next year; he had already announced his retirement. Montana was carried by Romney in 2012, by 14 points. Electing a Democrat to succeed Baucus was going to be difficult. Now, however, a Democrat — probbaly Lieutenant governor John Walsh, as the Wall street journal says — will assume Baucus’s seat, by appointment, and run in 2014 as the incumbent. It’s a smart move and a party move. Retaining the senate is a must for their 2016 basis.

Obama has wiggle room to pursue party-building stuff because the Republican Party is having to change as well, in the direction of compromise, so that it can be seen as a realistic governing party and not as obstruction. Republican strategy now accords vital budget and funding agreements, even as Obama concentrates on party-building in opposition.

As I have noted in several columns, Democrats at ground level having been moving for many months now to advance an agenda largely (but not entirely) Left-populist : union workers’ rights, higher minimum wages, banking reform, teacher union control of public education, alleviation of pay inequities, greater public spending on infrastructure and aid to families in need. It was easy to see that the infusion of these priorities into Mayor elections in Boston and New York was not happening only for local reasons. Clearly the leaders of this agenda had in mind the 2016 Democratic nomination for President.

At times the intensity of this movement has threatened to split the Democratic party, and i have decried that. we don’t need the Demotratic party to become “Left-tea’d,” as I have put it. But I wonder now if my warnings have been superseded by events. The 2014 campaign is upon us, the Democratic Party as a whole seems committed to the Left-ing agenda, and this is probably a wise decision for the party to make at mid-term time.

What must not happen is for this agenda to appear the Elizabeth Warren for President campaign. THAT would personalize the issues, and generate all manner of opposition to from Democrats threatened. Speaking of Warren, how come I do not see as much love for Senator Bernie Sanders as for her ? Sanders has been an eloquent voice for a Left-populist agenda — much of it very needed — long before Senator Warren appeared on the scene. My suspicion is that Warren Love arises from the 52 million dollars she raised for her 2012 campaign. It is ironic that the Left-populist movement wants big big money even while decrying its influence.

Readers can now ask me : what, if any, of the Left-populist agenda do I support ? Answer : I support quite a bit of it.

1. We do need a higher minimum wage. Substantially higher. Why should taxpayers have to sbsidize low-wage employers who pay their workers so little that they need public assistance to make ends meet ?

2. Employers should not be allowed to use job seekers’ credit scores as a hiring factor except if the job being sought is a financial one such as a comptroller or bank employee.

3. Financial institutions that specialize in customer deposits should not be allowed to use those deposits to engage in arbitrage trading. Or else such trading should be subject to the Federal Reserve’s margin requirements just as these are already imposed on customer accounts at stock-broker firms.

4. Union workers’ pension and benefit rights, as contracted for, should never be subject to legislative negation.

1.Education reform. This was the big divisive issue in the Boston Mayor election. I do not agree that teachers’ unions should control public school reform or that corporations have no defensible interest in school performance. I support school competition, because it is from competition that we find out what works well or not so well. I accord teachers unions a central voice in school reform because it is they who must do the teaching and who must work competigtively. But decsions on how to proceed with education reform must be collegial. Corporations have a vital interest in public education because the jobs they must fill depend on school graduates being prepared sufficiently to do them.

2.Unions in general : as I wrote almost every day during the Boston Mayor campiagn, union workers deserve strong representatipon in the halls of power, but they shouldn’t own the halls of power. Union workers number only about 10 %, nationally, of all employees, and no next-generation jobs in the innovating economy easily translate to unionization because almost all such jobs are individually dfifferent, employed by small units constantly reshaping, and involve pay that isn’t just a paycheck but includes benefits, stock, bonuses, and collaboratives. How to accommodate the innovation economy will be a major challenge for Democratic policy leaders facing 2016. Many in the innovation economy might just find a newly reasonable Republican Party more sympatico than a Democratic party committed to Left Populism. Take the fake-“Christian” stuff, the contempt for needy people, and the anti-immigration bigotry out of the Republican agenda, and the possibility is very real for the innovation community to prefer Republican entrepreneur-ist reform to Democratic Left-Populism.

After all, if Elizabeth Warren and John McCain, insurgents both, can co-sponsor banking reform legislation — and they have — then economic innovators are as free to find a useful home on the McCain range as on the Warren one.