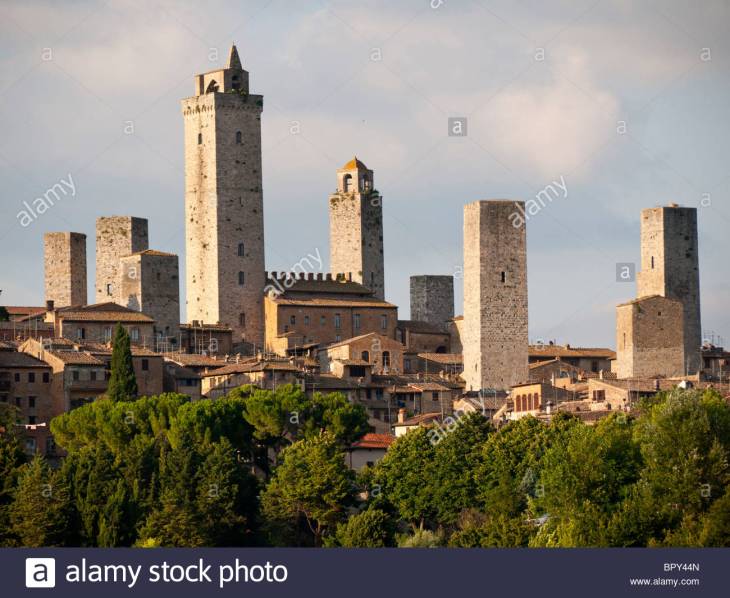 ^ where there are cities, there are likely to be towers, the higher the better. Thus San Gimignano and thus today;’s Boston

Twice in the last 125 years of Massachusetts building issues the legislature has enacted laws to govern the consequences of urban dwelling density.

First, in 1898, we adopted the Torrens system of registration of land titles, administered by the Land Court, by which titles to land are surveyed to the fractions of an inch and, thus surveyed guaranteed by the state. This was done because in the North End, buildings were built smack up against one another and behind as well, making accurate delineation of title a nightmare. Almost every title in the North End is now registered.

Second, in 1954, we adopted the current zoning law, as you can read here : http://www.mass.gov/hed/docs/dhcd/cd/zoning/zoningact.pdf

The impetus for establishing zoning regulations was clearest in our old-settled cities, where uses of all kinds existed side by side, and where dwellings and garages, for example, were often built behind one another and on small plots of land. City managements in the 1950s had had enough of this anarchy of structures and wanted to assure residents, especially, that they would be living and sleeping in neighborhoods dedicated to residence only.

In both cases, law resulted from over-crowding aggravated by an individualism that city dwellers found intolerable. The same situation now portends today, despite all. In Boston, residential and mixed-use proposals arise cheek by jowl and in a few cases, almost overlapping. The set-back rules and square foot lot requirements of the city’s zoning ordinance give way to “variances” approved by the Zoning Board of Appeal, which has the power under City ordinance and MGL c. 40A and 40B, to allow these in the case of “hardship.”  Of course “hardship” is what the Zoning Board of Appeals says it is.

Such variances — exceptions to zoning requirements — are commonplace now, as Boston works overtime to meet Mayor Walsh’s goal of constructing 53,000 units of residential space by year 2030. The result is neighborhoods ever more dense with structures — if not as sardined as in the North End, or as back door built-up as Charlestown, then much, much more dense than any suburb; and denser every year.

None of this is new. Old cities in Europe endure, even enjoy, a residential density at least as squeezed as the North End , along streets hardly wider than two bicycles, and the people who live therein seem happy to have neighbors living almost on top of them — and legions of tourists who pay big bucks to tour said ancient cities, hill towns, and seaside agglomerations of homes and restaurants. Nor are the towers that currently loom over downtown Boston anything news. The cities of 13th Century Italy bristles with towers, the taller the better and more prestigious. Sound familiar ?

Thus we come to the Millenium Tower proposal for the lot now occupied by the old Winthrop Square garage. Its height actually violates yet another building law, that which restricts the length and timing of shadows cast by a tall building upon its shorter neighbors. The “shadow issue” first arose last year, when an opponent of the Tower cited it; today that shadow issue has also aroused opposition in East Boston, not because of the shadow itself of course but because the Millenium proposal’s height impacts the flight path of planes taking off from Logan Airport.

Ancient European cities didn’t have to contend with airplanes. Our 1954 zoning law didn’t think of it either. Yet Boston has to think of it, because our airport sits almost in the middle of downtown. Thus the present accumulation of structural density involves the sky as well as the land. I’m not sure of any simple answer to our three-dimensional density challenge. It is easy, I suppose, to say “no” to the Millenium proposal’s planned height; but how do we build those 53,000 units of housing, and all the amenity buildings 53,000 new families will want, without bumping up against the sky’s rights to accommodate aircraft ?

We can, of course, build inward rather than up, and create a city as densely bricked and windowed as Barcelona’s Ciutat Vella or Italy’s San Gimignano and Amalfi, or as any number of German, French, and Austrian hill towns. Those places were built dense as dense could be in order to maximize defense against predators. Today, we face no predators. Will we settle for living inside a fortress ? Probably not. Yet dense our future City will be– and ever more expensive —  as long as its economic boom proceeds to draw ambitious thousands of people into its beehive.