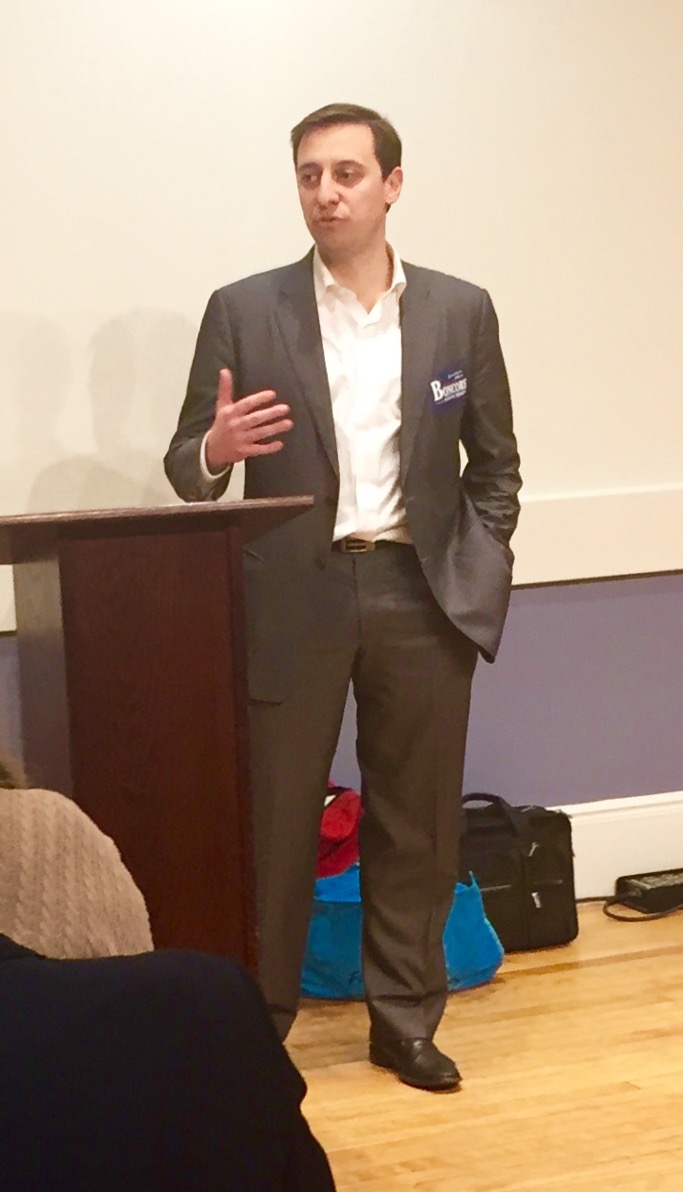 We congratulate the winner of yesterday’s State Senate primary, Joe Boncore of Winthrop. Boncore had a huge and enthusiastic following from the beginning, and it only increased as primary day approached. But he did not win it by being just the good guy that he is. There was a shape to his win, one that drove this contest from the very beginning : turf.

Yes, turf. Where the candidate came from made all the difference. The winner, Joe Boncore, won three-quarters of his hometown of Winthrop’s massive vote; at the same time he received almost nothing in the Cambridge and Downtown Boston precincts. The candidates who won those precincts won few votes in Winthrop and barely registered in Revere — whose former Mayor, Dan Rizzo, overwhelmed everybody in his own city while fading to almost zero in Downtown and Cambridge parts. Rizzo slaughtered Boncore in Revere, Boncore trounced Rizzo in Winthrop. And so it went.

Turf determined turnout, too. There was much talk about “traditional” voters versus “new Boston”; but the East Boston precinct that borders Winthrop is as “traditional” as it gets : yet only 286 voters cast a ballot there, while in the Winthrop precincts immediately adjacent, close to 700 voters voted in each.

Then there was the “Progressives.” At campaign’s outset, it seemed a wise strategy, for some, to position oneself as “the Progressive candidate”; and indeed, there was a “progressive” vote in yesterday’s numbers. Yet the three candidates who split the “progressive” vote found themselves turf candidates despite. All live in Boston; only one garnered more than a token vote beyond it, except in Cambridge, whose seven precincts were home to no candidate and thus could not vote turf.

To my thesis of “turf” there was one, partial exception : State Representative jay Livingstone, of Beacon Hill, had an additional obstacle to overcome, and could not : income. It was clear from the beginning that Livingstone would find it difficult to interest his very high-earning neighbors in a State Senate race, and so it proved. Turnout in his core precincts was among the smallest. How else ? Not many people earning $ 200,000 to $ 500,000 — a common income in a neighborhood of homes and condos fetching one to ten million dollars — care much who their State Senator is, even if the candidate seeking is their neighbor and friend.

Not all campaigns are equal; and of all the five who placed well, Dan Rizzo confronted the most obstacles. Last November he lost a bitter contest for re-election as Revere Mayor; some of that animus continued : Joe Boncore won 869 Revere votes to Rizzo’s 2643. He was not the sole Revere candidate : a City Councillor, Steve Morabito, competed for Revere votes; he took 549 votes that Rizzo badly needed — his campaign told me they needed 3,100 votes to win, and they were exactly right about that. Rizzo fell 457 votes short of his goal; he lost the contest by 399. Nor did it help Rizzo that Jay Livingstone won 753 votes in a city quite unlike his Beacon Hill home base.

Livingstone’s Revere result — he also won a respectable Winthrop vote — shows that turf could have been surmounted. Beacon Hill’s State Representative put together a following not lashed to zip code. But in a District as diverse as ours, the obstacles of turf and difference cannot be assuaged in brief time; and brief time was all that was available.

Elections are about the future; campaigns create the future’s political shape. But campaigns need time to gestate. There was scant of it in this contest, and so the result had as much to do with yesterday as with tomorrow. The shape of our tomorrow did develop during this brief contest; Diana Hwang to some extent, but Paul Roger, and Lydia Edwards above all — gave it voice, but so did Boncore, who brought a new generation– at least 15 years younger than Rizzo’s — of “traditional” voters onto the battlefield. For the time being, Joe Boncore and his following occupy the front lines of what our District is and will be.