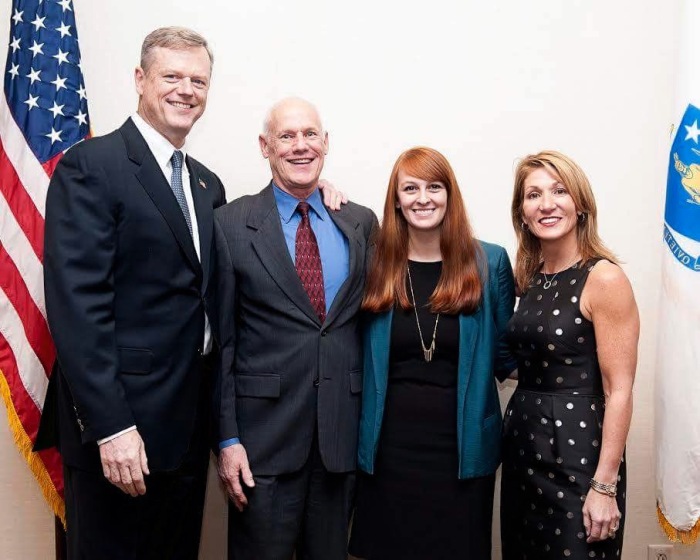 Rarely do I get to frame a political story in the stark good versus evil terms governing Peter Jackson’s masterful Ring Trilogy’s Part Two movie. And maybe I overstate the case. Still, I see Governor Baker’s battle to win control of Massachusetts’s Republican State Committee in pretty much those terms.

On the one side, a party inclusive of everyone, stalwart for civil rights, common nese in its govenance; on the other, demonization of gay people, imposition of the state on women’s reproductive rights, and an anti-governemnt ideology that makes state administration impossible, if not actually immoral.

That Baker has decided to fight rather than be pushed around by such folk, I find admirable and crucial. He is doing all of us in Massachusetts a favor. Having a useful, flexible, streetwise Republican party, rather than one that rejects people and the world, is something all of us can benefit by.

The GOP state committee frames the party’s platform. As such, it has public policy consequences. In recent years, the party platform, written by rejectionists, has put Massachusetts’s GOP on the wrong side of our state’s voters. In 2014, that platform was made even more rejectionist. The 2014 platform serious embarrassed Baker’s campaign and contributed to the narrowness of his victory. This has to end, and it will end, on March 1st, when Baker’s endorsed state committee candidates win full control.

Let me be quite clear about the nature of our opponents :

Almost all belong to an organization called the “Massachusetts Republican Assembly” (MARA) — fraudulent on its face, as it has nothing whatsoever to do with the legally organized Republican Party. (Yes, MARA does say on its webpage that it is thus unaffiliated, but to the public at large, an opposite impression is created, surely on purpose.) The MARA webpage goes on to call itself “the Republican wing of the Republican party” — a joke, if it weren’t so ominous in its import. How dare these folks, some of whom aren’t registered Republican at all, profess to be “more Republican” than other Republicans ? Who made them Pope of the GOP ?

Are you surprised to find out that MARA demonizes gay people, denies the very existence of transgender people, rejects marriage equality, presumes to tell women what to do with their own bodies, wants immigrants deported, thinks “voter fraud” a big deal, condemns welfare recipients, opposes a minimum wage hike, opposes all gun control legislation ?

If anything sums up the MARA misfire, it’s their pledge to :represent only the Republican voters of my district.” Almost the opposite is true. A state committee member owes a responsibility to ALL the voters of her District, to recruit, train, and support the best candidates, present them to ALL the voters, and to give them a platform that enables victory.

Our Republican Governor does that every day. As he said, he campaigns to ALL the voters. That is how it is done. It is one big reason why Baker was elected.

I have called the present state committee fight a “Helm’s Deep.” That it is. This is, I fear,m just a preliminary to a much larger battle ahead. The Governor will win this one; but the MARA people are not going away. This battle has forged them solidly in its fire. I fully expect them to mount a primary challenge to Baker in 2018, and, given the disaster that is today’s national GOP, I expect them to get stronger as our state’s sensible Republican voters — an aging group averaging at least 60 years, often much older — leave us, only to be replaced by young right wingers : a very small number, yes, but in a party that commands onloy 11 percent of Massachusetts voters, a lethal dose.

Baker can command those among the young right-wing who prefer winning to ideology; but by 2022, when Baker hopes to have his Lieutenant Governor, Karyn Polito, succeed him, will there be enough victory-oriented pragmatists to command the day, as baker cionvinced the 2014 GOP to do, despite ? And will the GOP brand, by then, not be so toxic in Massachusetts that not even a brilliant, often bold centrist like Polito can win ?

Baker must win this Helm’s Deep and must continue the fight. He had better be in for the long game, because his opponents sure are.