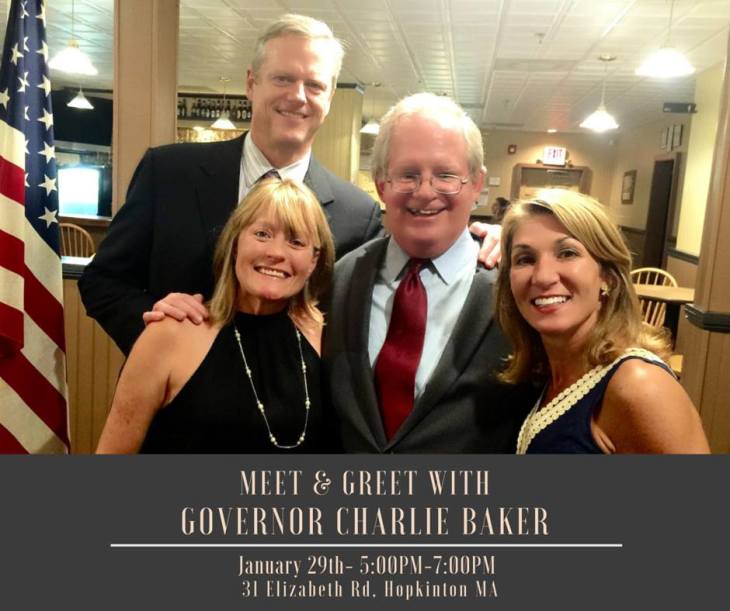 Two months ago I wrote about Governor Baker’s decision to reshape the Republican state Committee, the body designated by Massachusetts law (c. 55, for those who want to look it up) to oversee a political party. As elections to a party’s state committee interest only party activists, the larger voting public rarely takes any interest in them. Nor would I, this time, except that reshaping the state committee of Massachusetts’s Republican party portends significant public policy consequences for all of us.

Among other duties, the state committee of a party drafts that party’s political platform — setting forth what public policy the party advocates. In 2014, some may recall, the Republican State Committee approved a platform rejecting the civil rights advances our state has made these past 15 years, including a disapproval of same sex marriage. As if that were not enough, the platform also rejected women’s reproductive rights.

The platform also rejected several economic reforms, including a higher minimum wage; but it was the platform’s stance on “social” issues that rankled the overwhelming majority of Massachusetts voters — and embarrassed Baker and his running mate Karyn Polito, who, in their Republican campaigns, asserted unshakable support for women’s reproductive rights and marriage equality.

Baker and Polito barely won election; and they were probably right to attribute the closeness of the win at least in part to voters’ rejection of the party platform.

Which is why Baker has moved to defeat those state committee people who doggedly oppose his views.

There are 80 people on the Republican state committee : 40 men and 40 women, one of each elected from each of the State’s 40 Senate districts. 55 of the 80 positions are contested; Baker has his 55, and so do his party opponents. And yes, they exist and are not going quietly away.

The Baker campaign presents a picture of him with his endorsed candidate plus a picture of the letter of endorsement he has given. It is a positive message, in which Baker applauds his endorsee’s record of party activism. Said endorsee is then free to use these photos however he or she thinks most effective : mailing, facebook posting, meet and greets (some of which Baker is attending personally) — or all of these.

It is difficult for Baker’s opposition to fight back. He enjoys a favorable rating of about 70-74 percent among all voters, much higher among Republicans. The opponents cannot directly attack Baker, but they can attack his endorsees. It’s a campaign of smear, basically, and shouting (because shouting, as we see, gets you attention). Ordinarily I wouldn’t give Baker’s opponents a chance in hell of defeating his endorsees. But as we see this year, opposition to “the establishment” is a Republican given, and can there be any Republican more “establishment” than a sitting, popular Governor  who actually gets things done on a bipartisan basis?

The state committee election takes place at our Presidential primary. Will the approximately 40 percent of Massachusetts GOP primary voters who the polls tell us support Trump vote for the Governor’s state committee candidates ? And what of the ten percent who support Ted Cruz ?

Were the state committee campaign to surface and become a huge topic among primary voters, the Governor’s endorsees might be in trouble. Except for three factors almost impossible to counter : first, few Trump voters care about the State House. They are fixated on Washington. Second, the state committee election is not a huge topic of conversation, and most primary voters will probably either vote the candidate’s home town and/or give Baker the benefit of the doubt. Third, Baker has chosen truly superior candidates, activists well known in their community at large (some of them current or former holders of elected public office), people who, like Baker, campaign to all the voters. It will be very difficult for candidates for whom the 80-person state committee is their entire political universe (more dwarf star than universe) to compete with opponents so well known beyond the tiny hallways of state committee affairs.

I said, earlier, that this fight has significant public policy consequences. It does. That Baker wants a party platform aligned with his agenda is just common sense. Why should he tolerate being sniped at by his own party’s bosses ? Speaker DeLeo controls the House utterly; Senate President Stan Rosenberg has working control of his legislative body. If Baker is to bring his full power upon the two legislative drivers, he has got to wield the same level of control over his Republican party. He and only he must speak for it.

During the current legislative session, Baker has not won all the reforms that he sought. In part, he fell short because he holds only partial control of his party (including some Republican members of the House). In addition, Baker has ducked a civil rights issue, public accommodations protection for transgender people — and allowed himself to look weak — at least in part because he lacks it.

Understandably he does not want to make his campaign to control the state committee a referendum on transgender people’s rights, opposed as these are by many GOP activists. He thinks, correctly, that he could well lose his big gamble — one that no Massachusetts GOP Governor has taken on in at least 40 years — if events line up the wrong way. Better, then, to keep the campaign simple : a referendum on Baker’s popularity and standing. The rest can come later.