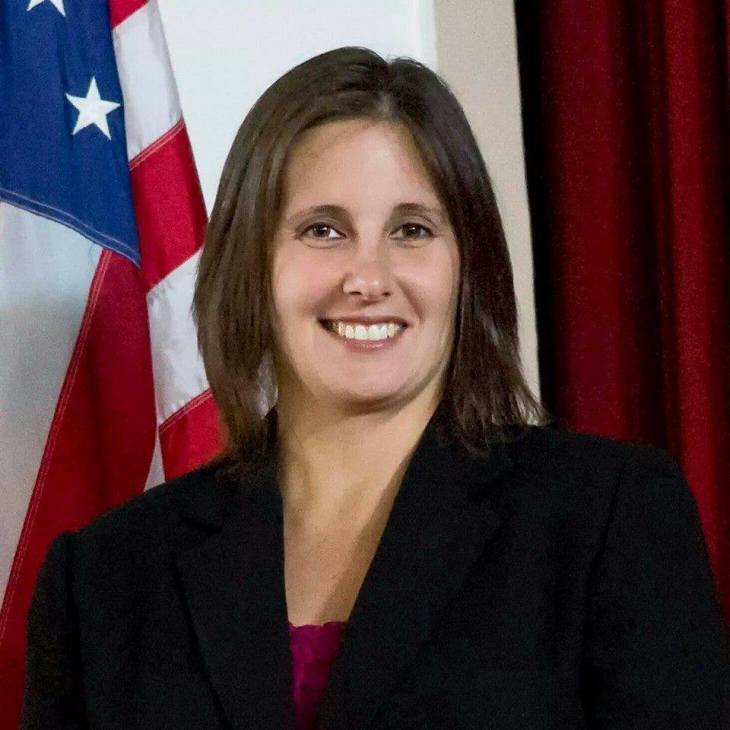 ^ State Senator Jen Flanagan says that the 72-hour addict hold — an urgent response to an urgent crisis — can’t be done because there’s not enough hospital staffs.

That’s the impression one gets from how Massachusetts’s legislature is responding to the opioid addiction crisis that Governor Baker wants to fight, using — in his words — ‘every tool in the tool box.” Today the State Senate’s go-to member for drug problem issues, Jen Flanagan of Fitchburg, says that we cannot do the 72-hour forced hold that’s a key part of baker’s legislation because — so she asserts — hospitals don’t have the staff to handle it. This is what she said, in a facebook post this morning reprinted from the State House news Service

“The Senate’s point-woman on substance abuse said the decision to omit a key section of Gov. Charlie Baker’s opioid abuse prevention bill in a redrafted version of the legislation had to do with the limited capacity of hospitals to handle an influx of patients battling addiction.

Baker filed legislation in October that proposed to allow doctors to hold patients with substance abuse issues involuntarily for up to 72 hours for treatment, similar to the civil commitment law for mental health patients.

That controversial section, however, was left out of the redrafted bill currently being polled through the Mental Health and Substance Abuse Committee. House Speaker Robert DeLeo hopes to move that bill to the floor for a vote in January.

“I know there’s going to be some people who are disappointed by the fact that the 72-hour hold is not in there and we have an altered version, but I think it’s very important that we have to work with what we have right now,” said Sen. Jennifer Flanagan, the lead author of the Senate’s substance abuse prevention bill and the co-chair of the House-controlled committee that rewrote Baker’s bill.

After speaking with hospitals and emergency room heads, Flanagan said, “I’m not convinced there’s a capacity to do that, the 72-hour hold.”

Can I get an “amen !” from those of you who find Flanagan’s demurral tendentious ? Are we to believe that if a different kind of epidemic — a major virus — were to afflict thousands, that emergency room staffing would not be found quite quickly ? So why, then, should we settle for the Senator’s cop-out for a crisis that kills more than 1,000 Massachusetts residents every year now ?

We shouldn’t accept it. I am really quite infuriated to read that the Senate’s go-to person on drug addiction matters is ready to shrug her shoulders.

We are darn lucky to have as Governor the most dedicated, dogged,see-it-through executive this state has had in a long, long time. We should take advantage of his readiness to use every tool in the tool box and use them to the max. Especially on a health issue — and addiction is that — because health services are central to Baker’s resume.Before he became Governor he was a health care executive, and a very successful one too.

Unfortunately, my impression is that the legislature’s weaselly attitude toward administrative crises isn’t limited to the addiction epidemic. It took months an d months for Baker to win the degree of detailed control over the MBTA that he wanted; only because the public almost universally insisted did the legislature finally give in.

A great deal of the difficulty that paralyzed the T during last winter resulted from the legislature’s unwillingness, for many years prior to Baker’s election, to attack the mess hammer and tong. (Governor Patrick either lacked the clout to whip them into line, or else he had other priorities.) And as long as the T didn’t visibly fall to pieces., the public did not see the effects of Beacon Hill shoulder shrugs.

The same was true of DCF mismanagement, the Health care connector snafus, incompetent patronage hires, and the laughably mispackaged Transportation Bill two of whose signature provisions have since been repealed.

Not all of the blame for these miscues and indifferences is the legislature’s, but we can from what today’s legislature is up to that its instinct is to avoid the hard decisions wherever possible. The consequences to the public for most of this are much inconvenience and a lot of confusion. Unfortunately, there’s more at stake if the opioid addiction crisis is handled with kid gloves. It’s a matter of people’s lives.

Support seems very strong for Baker’s 72-hour hold of addicts needing intervention. Only the state’s hospitals have made a point of objecting. If their objection succeeds, addicts needing intervention will be able to find it only in jails, where Sheriffs are building addiction treatment facilities. But Sheriffs are not medical people, nor are their staffs medically minded. The best of them (kudos to Suffolk Sheriff Steve Tompkins and to Essex’s Frank Cousins) are taking on the challenge, but even they are crying out for the medical system to take charge of treating addiction.

I stand with the Sheriffs and with Governor Baker.

My impression is that the legislature’s no-big-deal attitu8de will prevail. In Massachusetts., the legislature, not the Governor — not even one as popular and effective as Baker —  rules the roost. There are many, many vested interests in our state that do not want to be driven at high speed toward reform, that prefer a gradualist approach or even reject reform altogether (charter cap lift). The legislature is where those vested interests go to preserve their “I’m all right, jack” satisfaction with obstacles to giving the voters the services they have a right to expect from our state.

Let’s not allow this state of things to continue.