You already know the fact in the field : Amazon’s CEO and founder, Jeff Bezos, has purchased the Washington Post for $ 250,000,000. It is big news, coming, as it does, less than a week after Red Sox owner John Henry bought the Boston Globe. Big news, too, because if Henry paid $ 70,000,000, Bezos is paying almost four times as much. It’s an elephant price for an item — print news — that the hired mouths say is headed for extinction. Is Bezos simply an ego with a large wallet ? (He is said to be worth $ 25 billion, a long suitcase even in today’s world of mega-purses.) Or has he a plan in mind that hasn’t occurred to the less visionary among us ? Maybe so. Maybe all the recent buyers of print-media marquee names have plans in mind. What can they be ? What MIGHT they be ?

One thought already piques us at Here and Sphere : look to the archives. The Washington Post, like the Boston Globe, has over a century of archives, a trove of history. As it publishes in America’s capitol city — DC — its archives record more than mere local knowledge. Yet even local knowledge has value untapped. We recall a neighbor who made a fortune acquiring the histories of just about every county in the USA that ever published one. Ancient all, their copyrights had expired; he revived them at scant cost and then published every one anew. Who, you ask, could possibly be a buyer of a county history ? Every public library in the county ponied up to buy a copy, at a hefty book price.

Why should something similar not be in Bezos’s mind for the post ? No, he won;t publish the post archives in book form; but he can surely image them and market subscriptions to them — because the Post archives continue to accumulate, every day — to every library, and to all education institutions, too; for this is America’s history we’re talking about. Maybe even overseas libraries and education institutions will subscribe.

Second, the Post continues to be the paper of record for America’s capitol city. It has fewer readers than formerly and less paid advertising, but it has seen of both, and surely a hard core of each that will not be diminished much, if at all. The Post broke the Watergate story in 1974 and published the Pentagon Papers in 1971. It was the first paper that Ed Snowden offered his revelations to. The post will continue to be the go-to medium for bombshell stories from our Federal government, the world’s most important. With importance comes continuity. Example : the Pope in Rome. Just as the Pope’s bibliothecarius has maintained a journal of Papal letters, bulls, and orders almost without break since Gregory the Great’s time (the 590s) at least, so the Post’s reports from Federal offices in Washington will likely continue to publish for many decades, or longer, no matter how digital the outside world becomes. 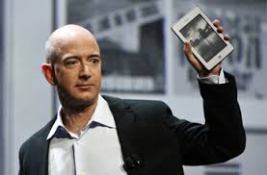 Lastly, the Post and Globe are hardly the only papers being sold to private buyers with pendulous purses. Private buyers need not fear impatient trader-investors the way public traded firms do. They can wait. They can endure losses. They can re-position the enterprise and explain nothing of it to you or me. Perhaps the Post and Globe will become platforms for other businesses : advertorials, monthly magazines, subway giveaways, even digital technology research. No one has yet mentioned the digital research potential of print media power-house, with their expertise in information gathering and dissemination; yet that potential abounds, and it would be more surprising for entrepreneurs like Bezos to NOT pursue it than to go for it.

The Post will become something new. that you can count on. New and yet quite basic too. Expect it, and take note as it happens.